i remember extremely little about the movie but i watched it on cable on WB channel like 5-6 years back. i only remember parts of how it ended. the man keeps on chasing a woman for a long time while ignoring a girl who does love him (she’s maybe his friend’s daughter) but the woman he’s chasing does get together with him. in the end he realises that she was going along just for his money and he goes back to the girl who does love him. sorry for the crude description, would appreciate any help.

how old would the film be?

This is a fairly common plot. Let’s start with: 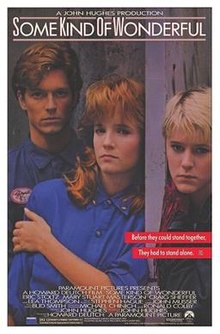 Some Kind of Wonderful (film)

Some Kind of Wonderful is a 1987 American romantic drama film directed by Howard Deutch and starring Eric Stoltz, Mary Stuart Masterson, and Lea Thompson. It is one of several successful teen dramas written by John Hughes in the 1980s. The film is set against the strict social hierarchy of an American public high school in the San Fernando Valley. Blue-collar mechanic and aspiring artist Keith Nelson is best friends with tomboy drummer Watts. Keith's father is obsessed with sending him to colleg... 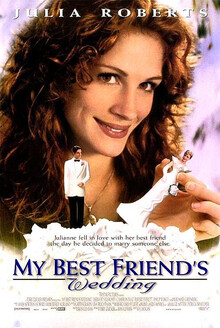 My Best Friend's Wedding is a 1997 American romantic comedy film directed by P. J. Hogan from a screenplay by Ronald Bass. The film stars Julia Roberts, Dermot Mulroney, Cameron Diaz, and Rupert Everett. The film received generally positive reviews from critics and was a global box-office hit. The soundtrack song "I Say a Little Prayer" was covered by singer Diana King and featured heavily in the film, making it a U.S. Billboard Hot 100 hit. The soundtrack featured a number of Burt Bacharach/Hal... 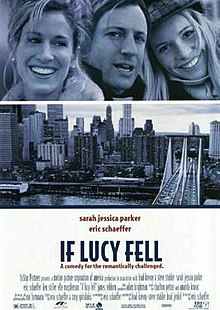 If Lucy Fell is a 1996 American romantic comedy film written and directed by Eric Schaeffer, who also co-stars in the film alongside Sarah Jessica Parker, Ben Stiller and Elle Macpherson. It was released on DVD January 30, 2001. Joe MacGonaughgill (Eric Schaeffer) and Lucy Ackerman (Sarah Jessica Parker) are roommates and best friends living in a small Manhattan apartment. Lucy is turning thirty and her love life is embarrassingly dull. Joe on the other hand is infatuated with his attractive ...