I only saw it once when I was like 5. It was early 90’s movie. The movie was set like on the 17th-18th century. A man not sure if a doctor has experimented on dead people and was able to make them alive again but their physical features almost similar to Frankentein’s Monster. Sewed faces, bald hair. I remember a scene where one of his experiments escapes and ate the food of the pigs. Then not sure what happened but the doctor/man’s gf or wife died and O think he turned her into a monster too. 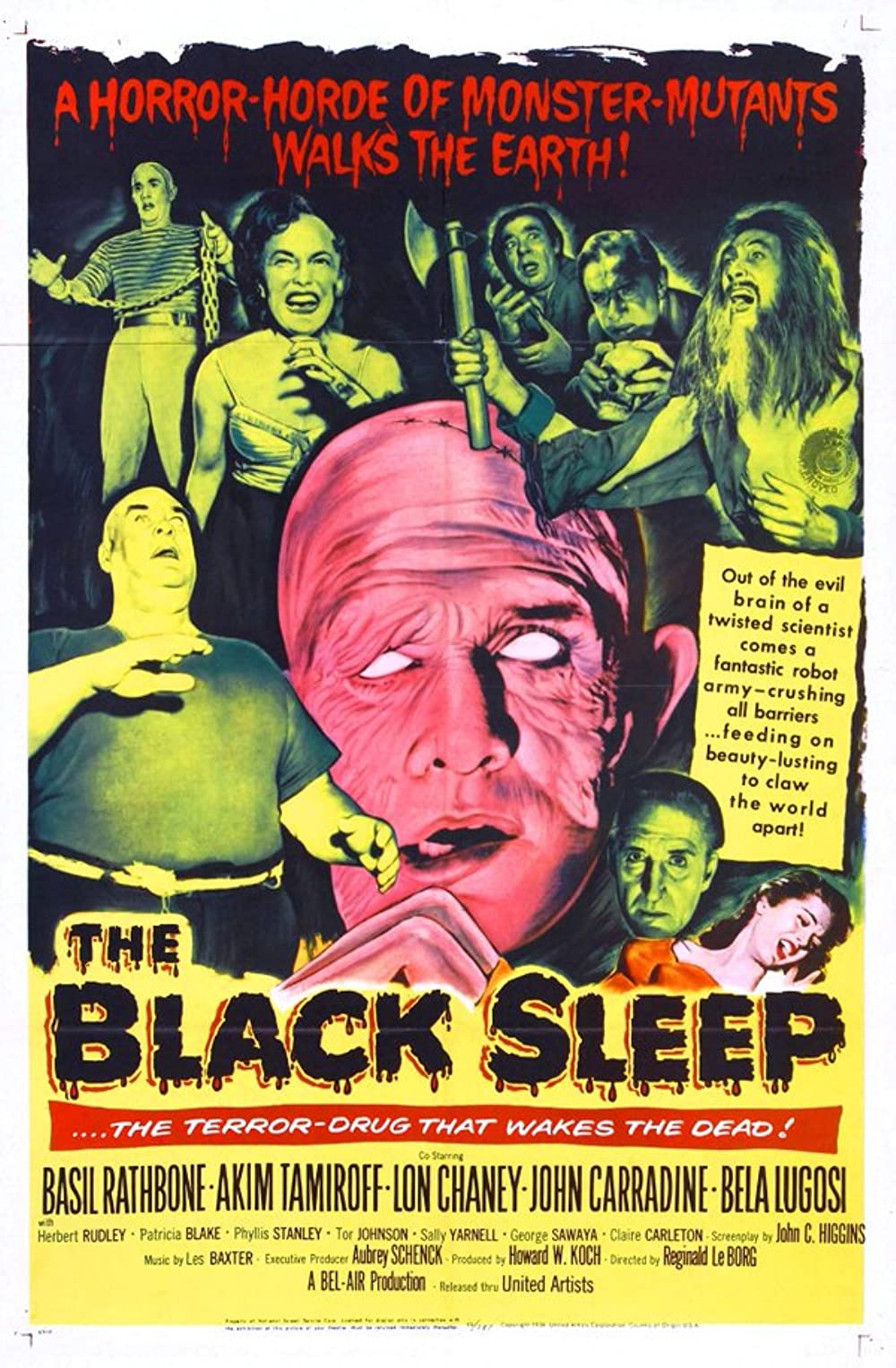 The Black Sleep: Directed by Reginald Le Borg. With Basil Rathbone, Akim Tamiroff, Lon Chaney Jr., John Carradine. Sir Joel Cadman, a mad scientist, kidnaps his victims and cuts open their brains in an effort to discover a means to cure his wife's...

If not, was it in color? Are we sure it wouldn’t have taken place in present day?