The film I believe is from 1998,1999, or 2000(wanna say 2000). Basic synopsis: troubled kid/teen moves in with maybe grandparents or relatives and at night notices the ghost of a blonde woman looking at him from his bedroom window. The grandparents deny it but obviously know more than they’re letting on. I think he befriends a female neighbor. It may have been a TV movie. I can’t remember the name of this movie but wanna rewatch it desperately. I thought maybe Shawn ashmore or his twin was in it but it maybe just someone who looks like them (I looked up their filmography).

Any help would be great ! 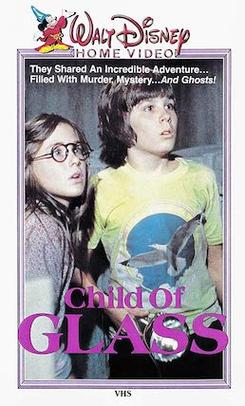 Child of Glass is a 1978 American made-for-television family fantasy film produced by Walt Disney Productions and based upon the novel The Ghost Belonged to Me by Richard Peck. Its plot follows a young boy who moves into a former plantation in Louisiana, and encounters the ghost of a young girl who was murdered on the property. It originally aired on NBC as a presentation of The Wonderful World of Disney on May 14, 1978. The film was also re-aired sporadically during the early to mid-1980s, ofte...

No it’s not that one but Very similar synopsis. It’s not that old. I wanna say the movie is from 1999-2001. It might of been a TV movie. the young boy/teen every time
He looks out his window he sees this blonde woman who is actually a ghost. The boy is staying with his grandparents or something like that but when the boy mentions the woman, they brush it off but know more in the end. There ends up being a painting of
The woman in the house. The house is big, like a manor or something. The boy befriends some girl in the neighborhood. I really wanna say the year was 2000. I thought Shawn ashmore was in the movie or his twin, but their filmography didn’t show anything like what I explained.