First movie is about people trapped in building which is on fire or flooded (can´t remember precisely) and they´re trying to get to the roof ( I think :D)

Second one is about people working with computer which went rogue. It´s holding them in some kind of base or complex, so to get out they try to shut it down.

Thanks to everyone for the effort

A couple of possibilities to the second movie, none of them is a perfect match though, but there are rogue computers in the movies:
“2001: A Space Odyssey” (1968) 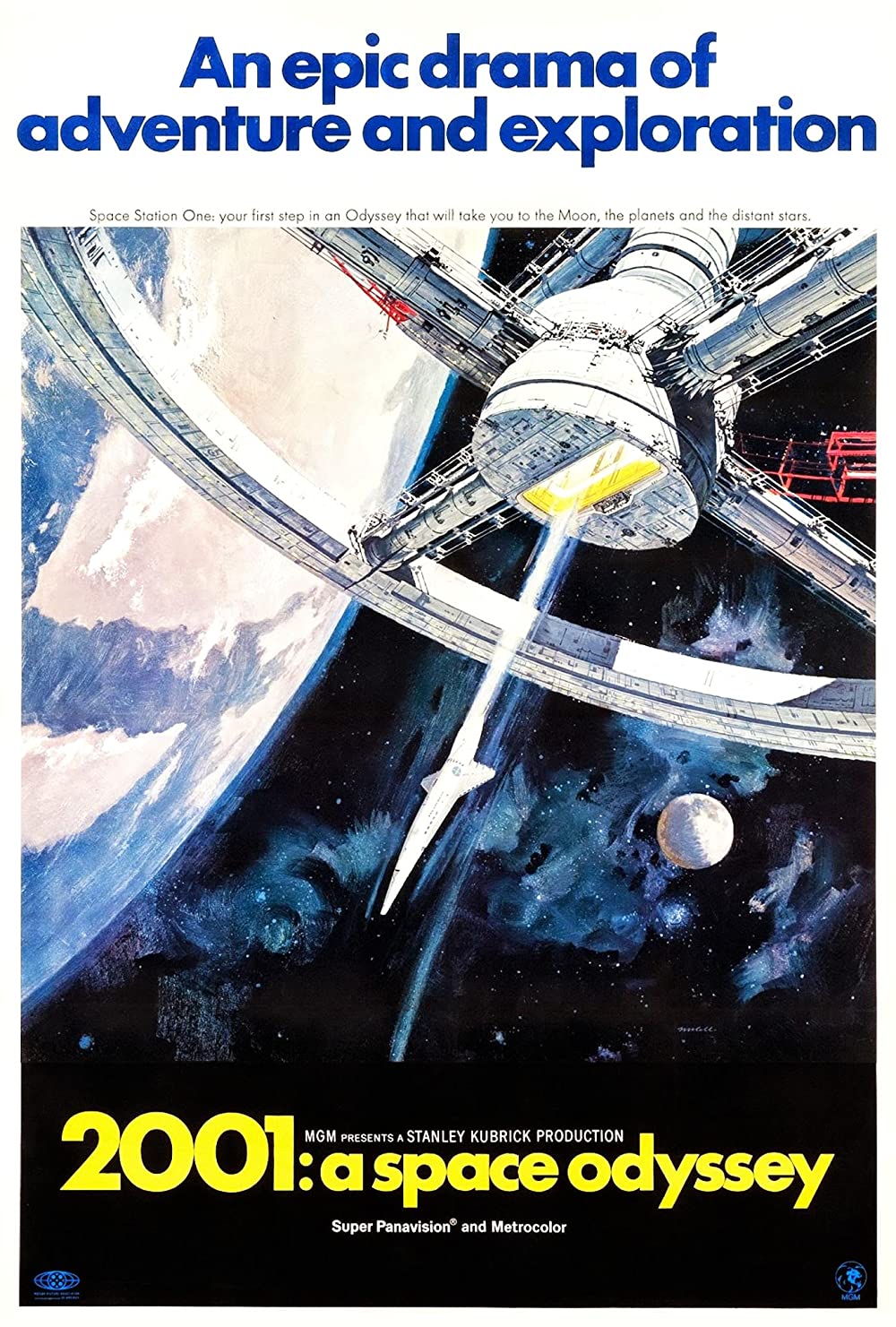 2001: A Space Odyssey: Directed by Stanley Kubrick. With Keir Dullea, Gary Lockwood, William Sylvester, Daniel Richter. After uncovering a mysterious artifact buried beneath the Lunar surface, a spacecraft is sent to Jupiter to find its origins - a... 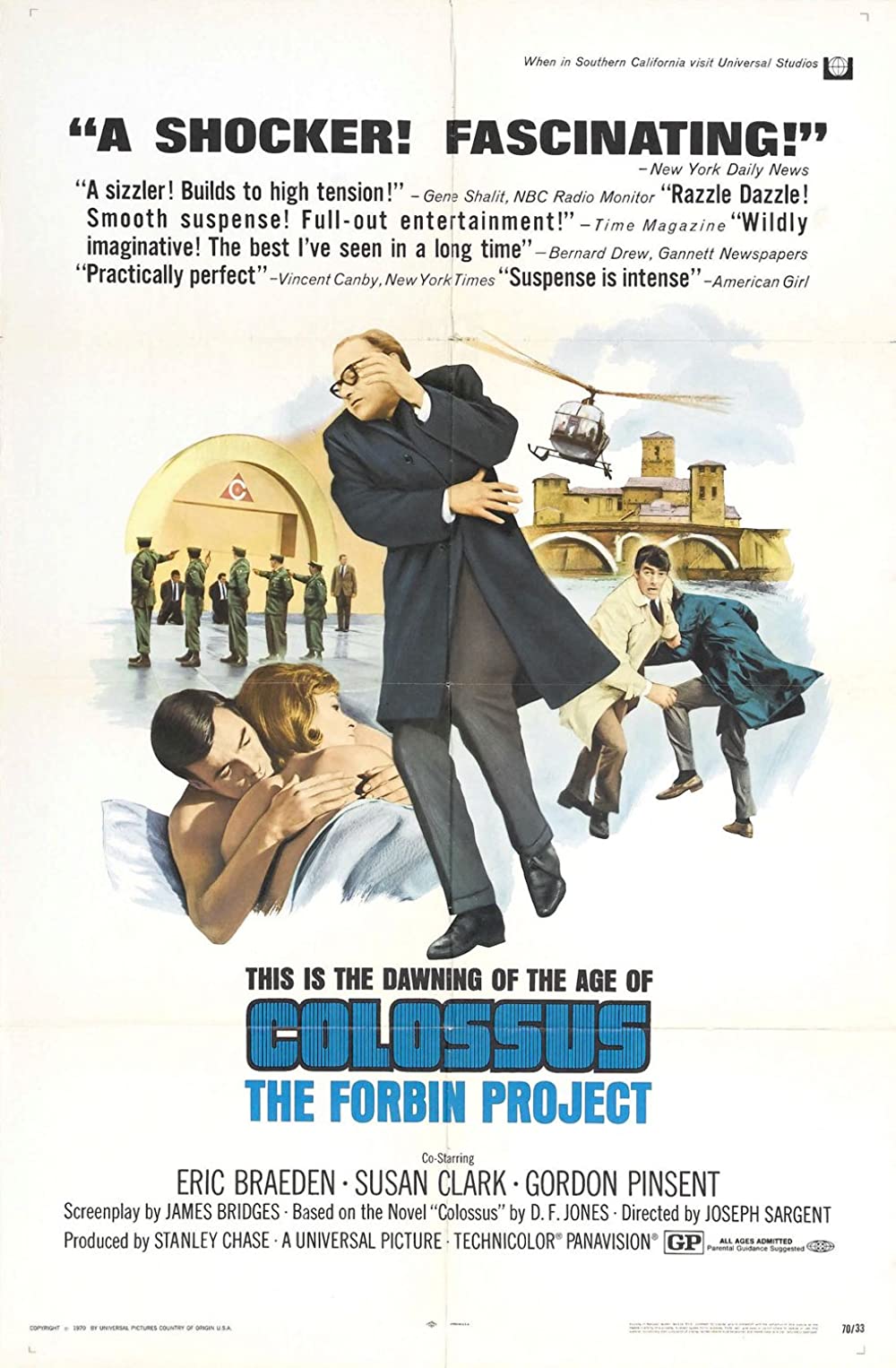 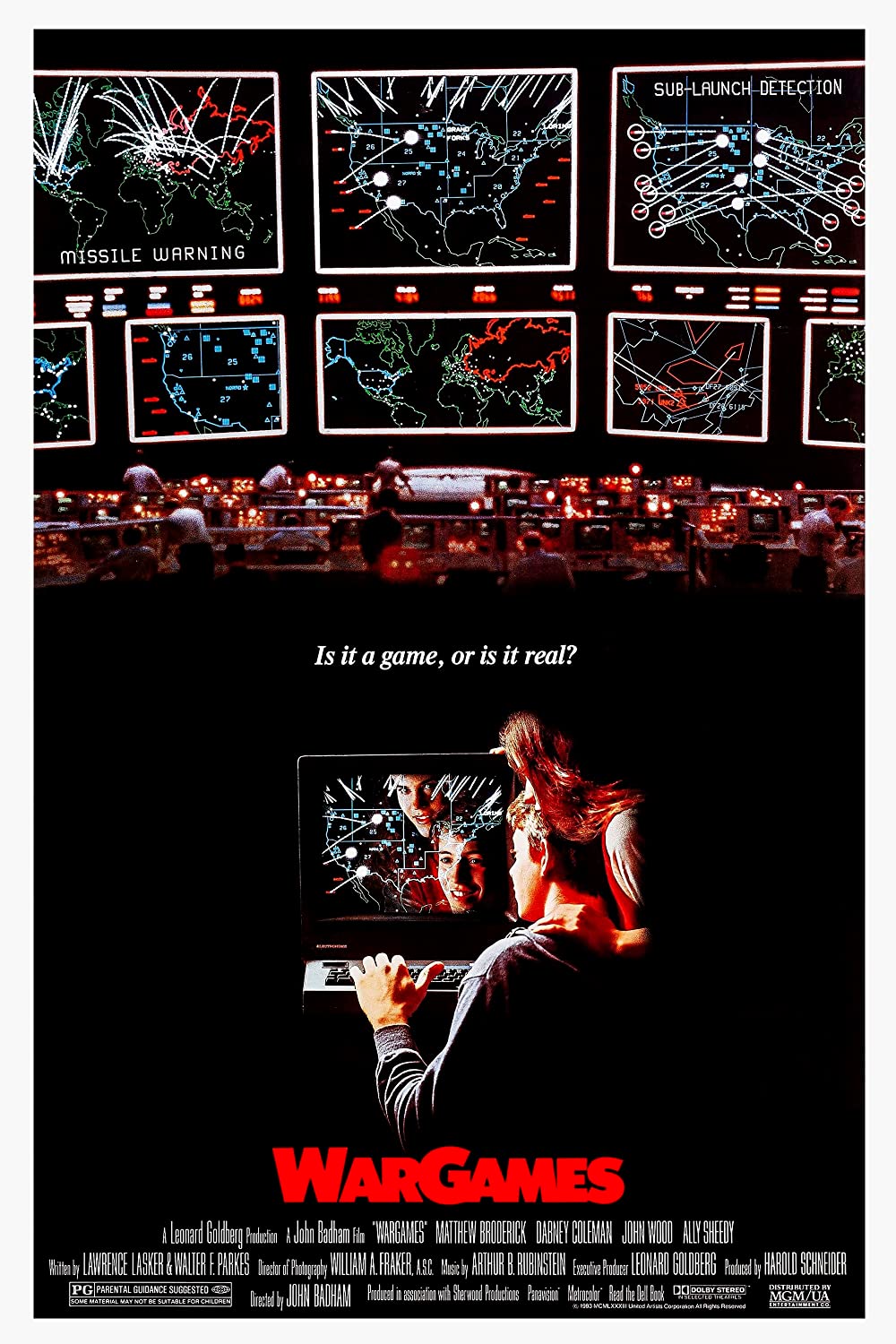 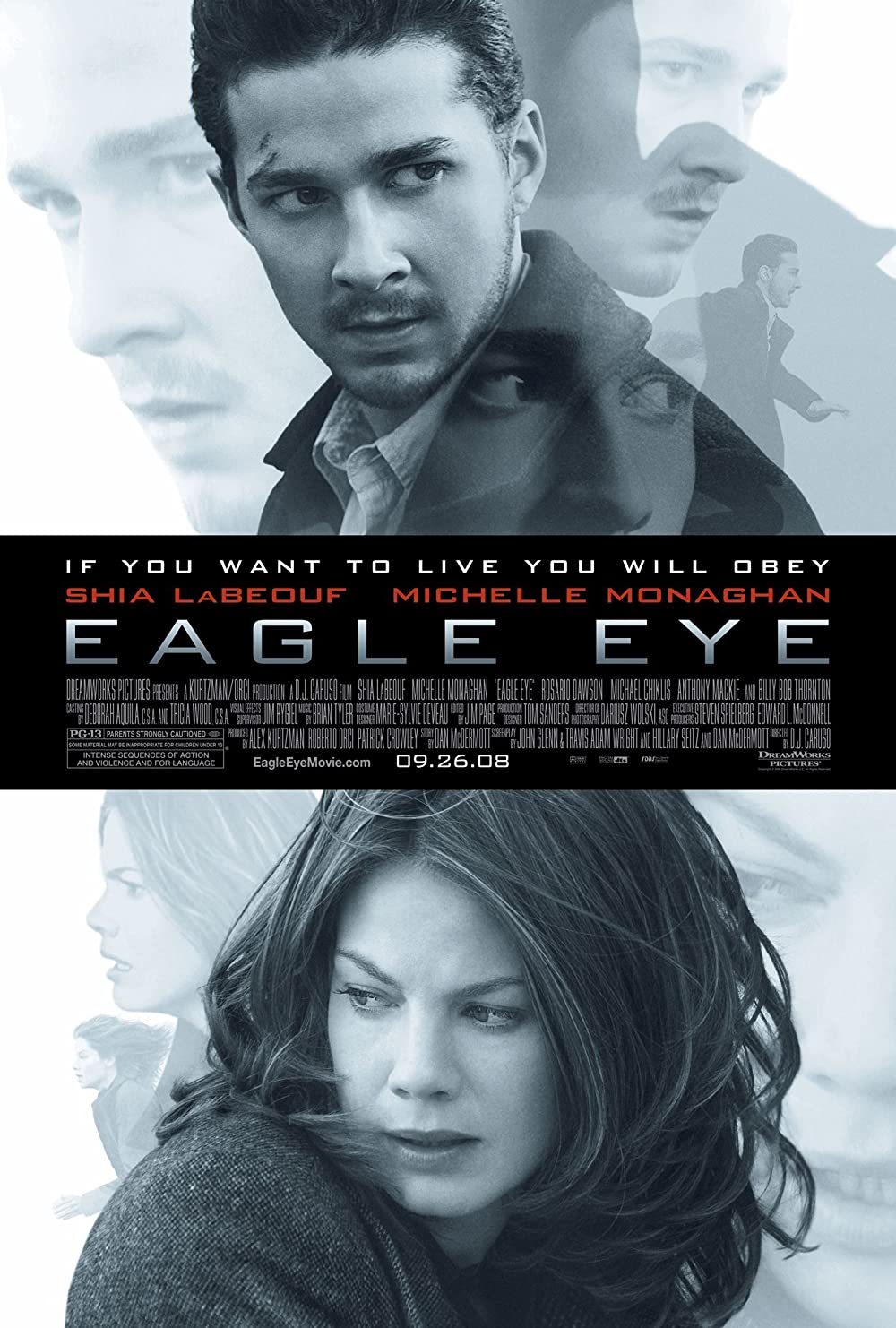 Eagle Eye: Directed by D.J. Caruso. With Shia LaBeouf, Michelle Monaghan, Rosario Dawson, Michael Chiklis. Jerry and Rachel are two strangers thrown together by a mysterious phone call from a woman they have never met. Threatening their lives and...

@casspir Thanks for your tips, but none of them is the one. I was watching it around 2008-2010 maybe, so it was probably closer to 90s, because it was “rather” new as I remember. The people were some kind of scientists working with the computer. I´m sorry for the lousy details, but I barely remember it. I was o kid at the time, that´s why the lack of information

@Jamesanthony I tried this one in my search, but it´s not the right one. The one, that i´m searching for was a little bit newer than this one. 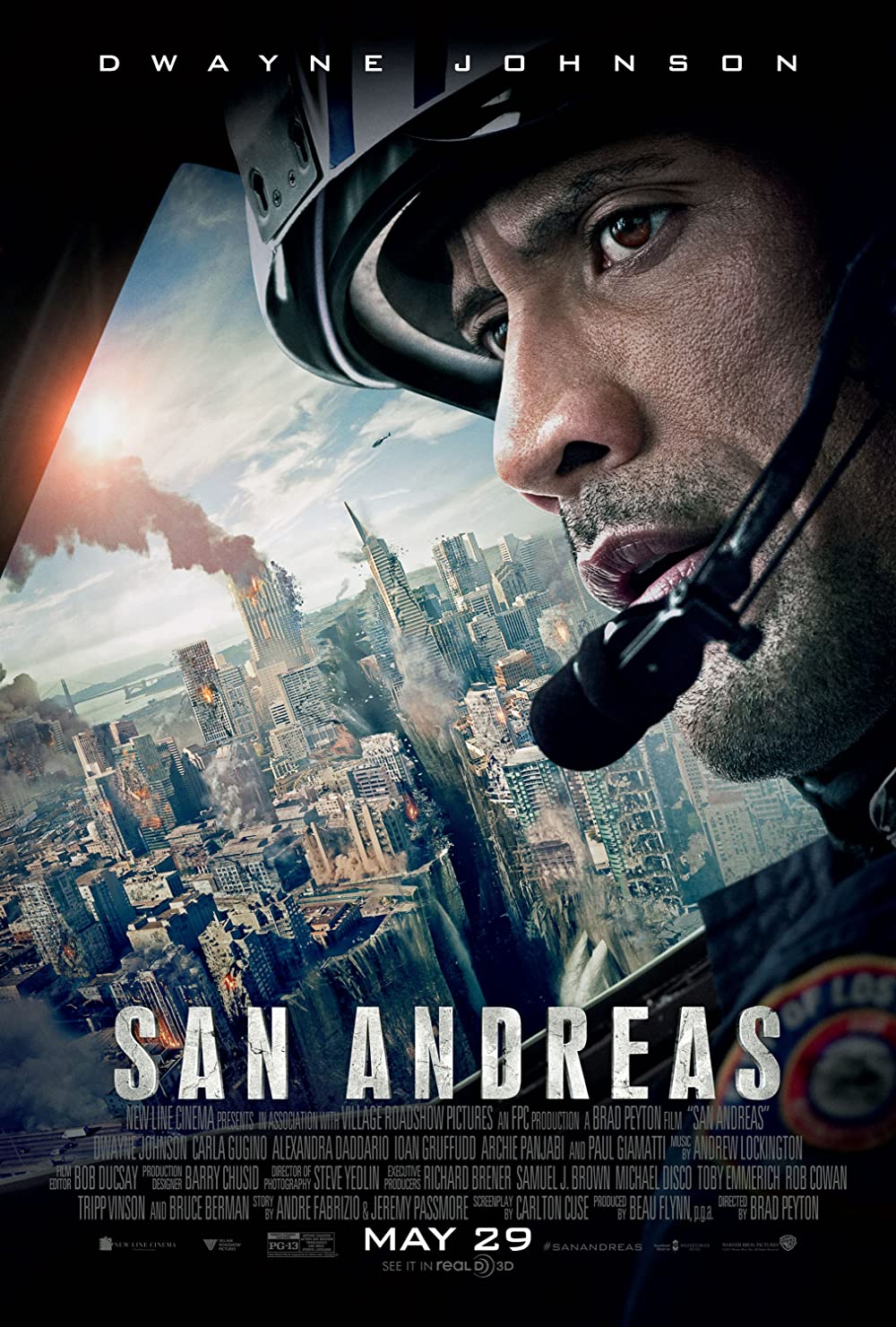 San Andreas: Directed by Brad Peyton. With Dwayne Johnson, Carla Gugino, Alexandra Daddario, Ioan Gruffudd. In the aftermath of a massive earthquake in California, a rescue-chopper pilot makes a dangerous journey with his ex-wife across the state in... 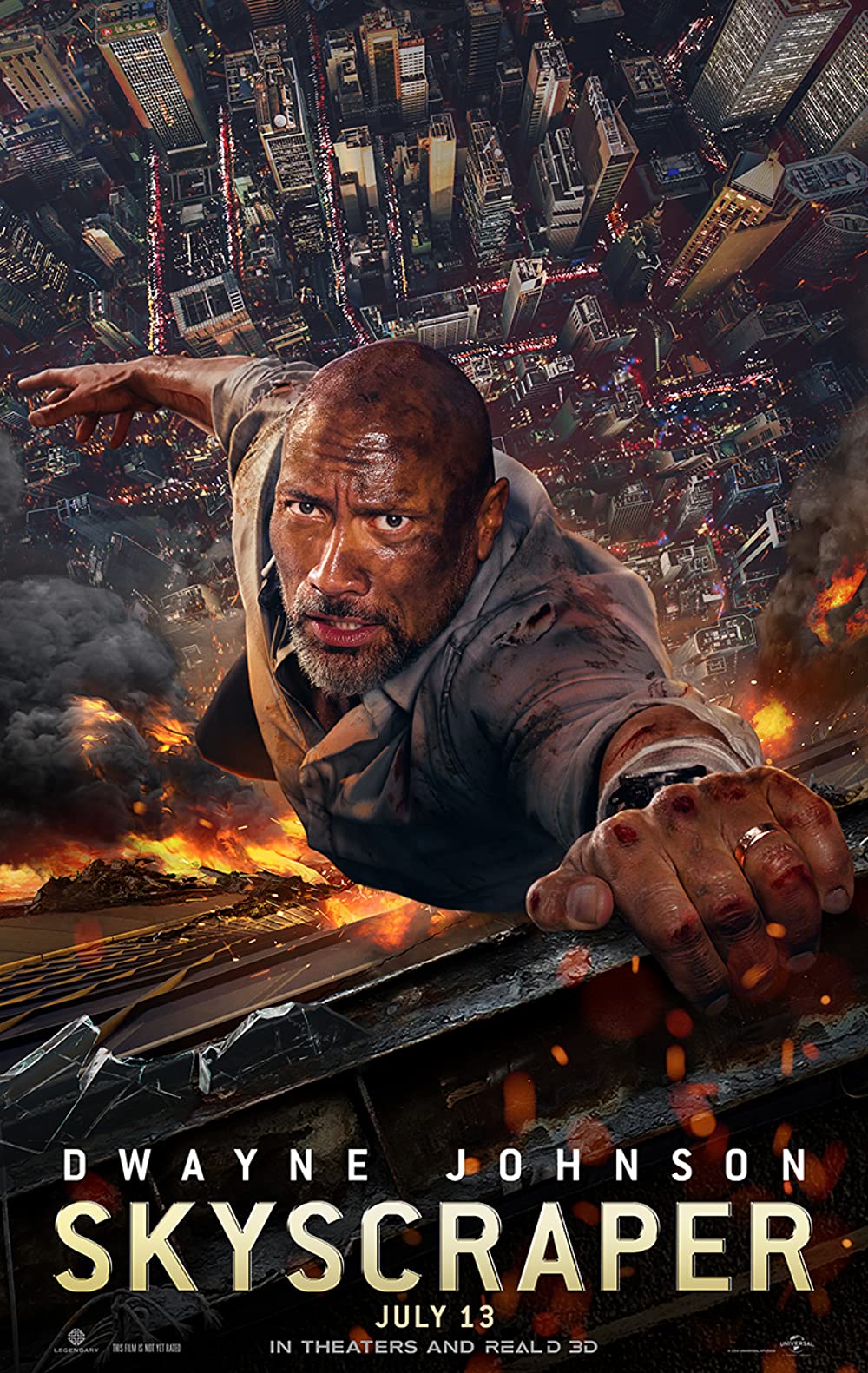 Skyscraper: Directed by Rawson Marshall Thurber. With Dwayne Johnson, Neve Campbell, Chin Han, Roland Møller. A security expert must infiltrate a burning skyscraper, 225 stories above ground, when his family is trapped inside by criminals.

@casspir I am familiar with San Andreas. I acually really like this movie, but the movie i´m looking for is older. (As i said in the description) probably before year 2000 or around 2000. (up to 2010 tops)

The first one sounds a lot like Towering Inferno. 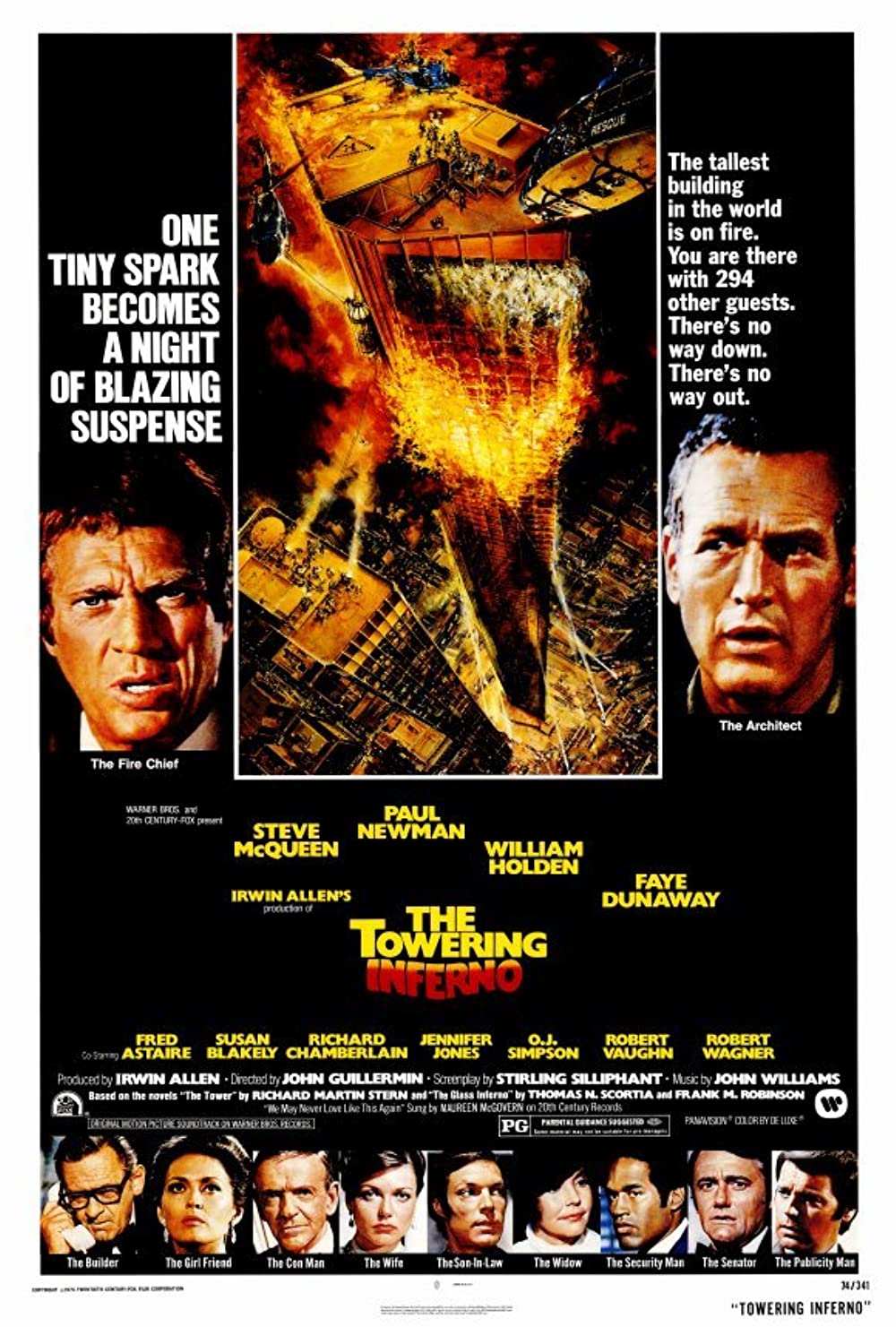 The Towering Inferno: Directed by John Guillermin. With Steve McQueen, Paul Newman, William Holden, Faye Dunaway. At the opening party of a colossal, but poorly constructed, office building, a massive fire breaks out that threatens to destroy the...

Could the second one be Resident Evil (2002)? I saw the movie like 15 years ago, so I don’t remember the plot that well, but if I remember correctly there was a computer that went rogue 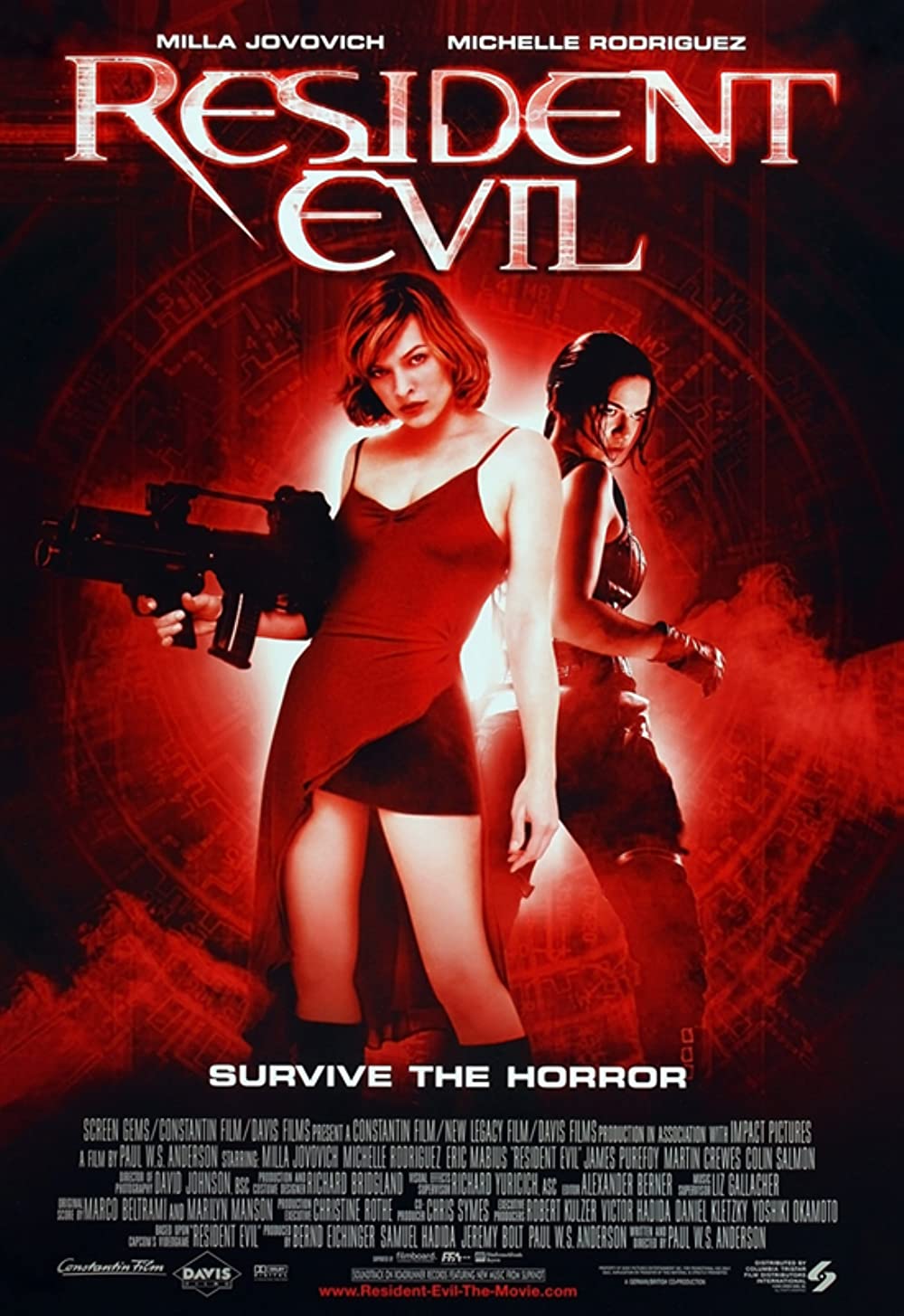 Another guess to the second movie:
“The Andromeda Strain” (1971)? 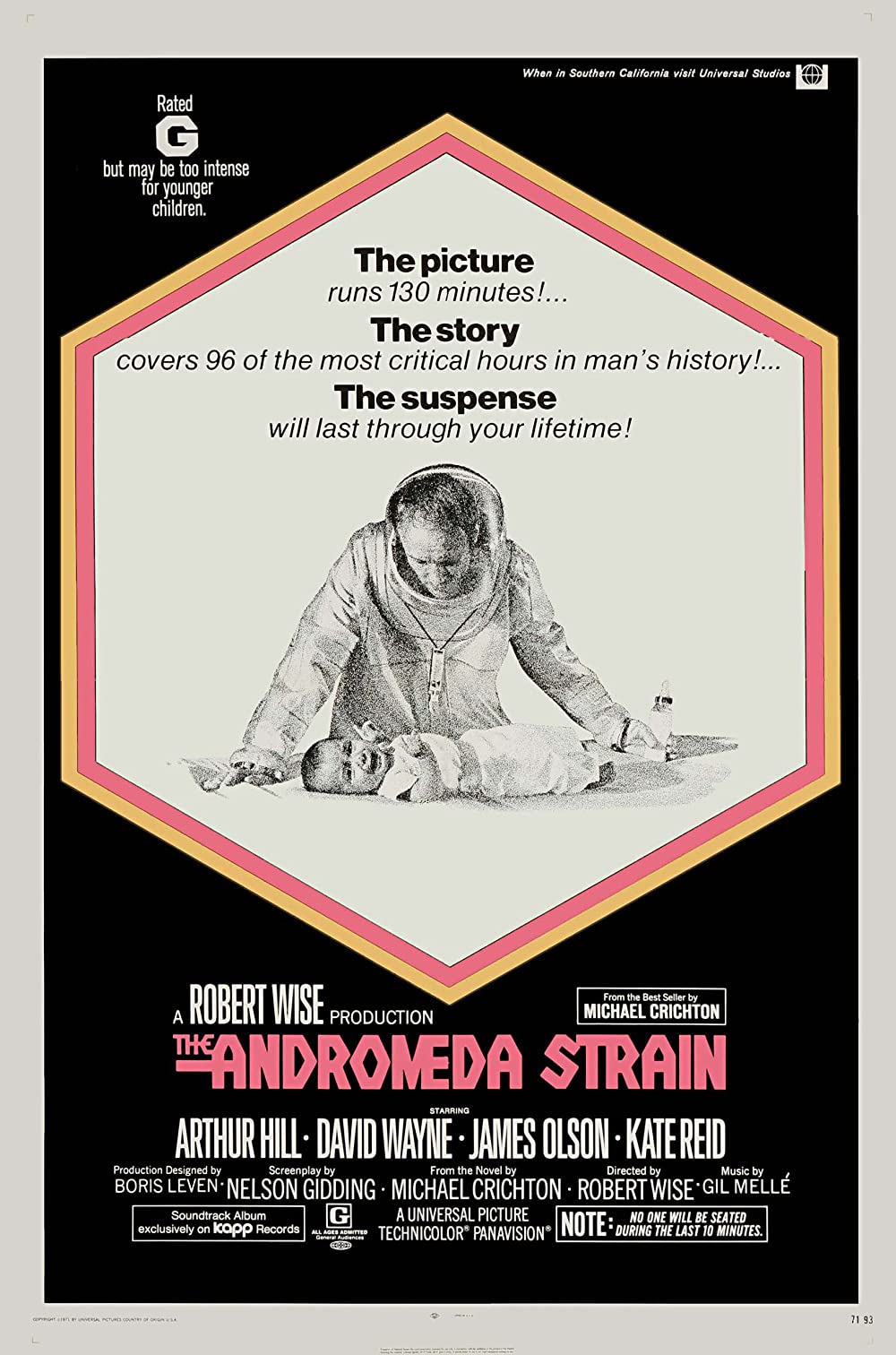 The Andromeda Strain: Directed by Robert Wise. With Arthur Hill, David Wayne, James Olson, Kate Reid. A team of top scientists work feverishly in a secret, state-of-the-art laboratory to discover what has killed the citizens of a small town and learn...

There is also a 2008 mini-series remake of that movie: 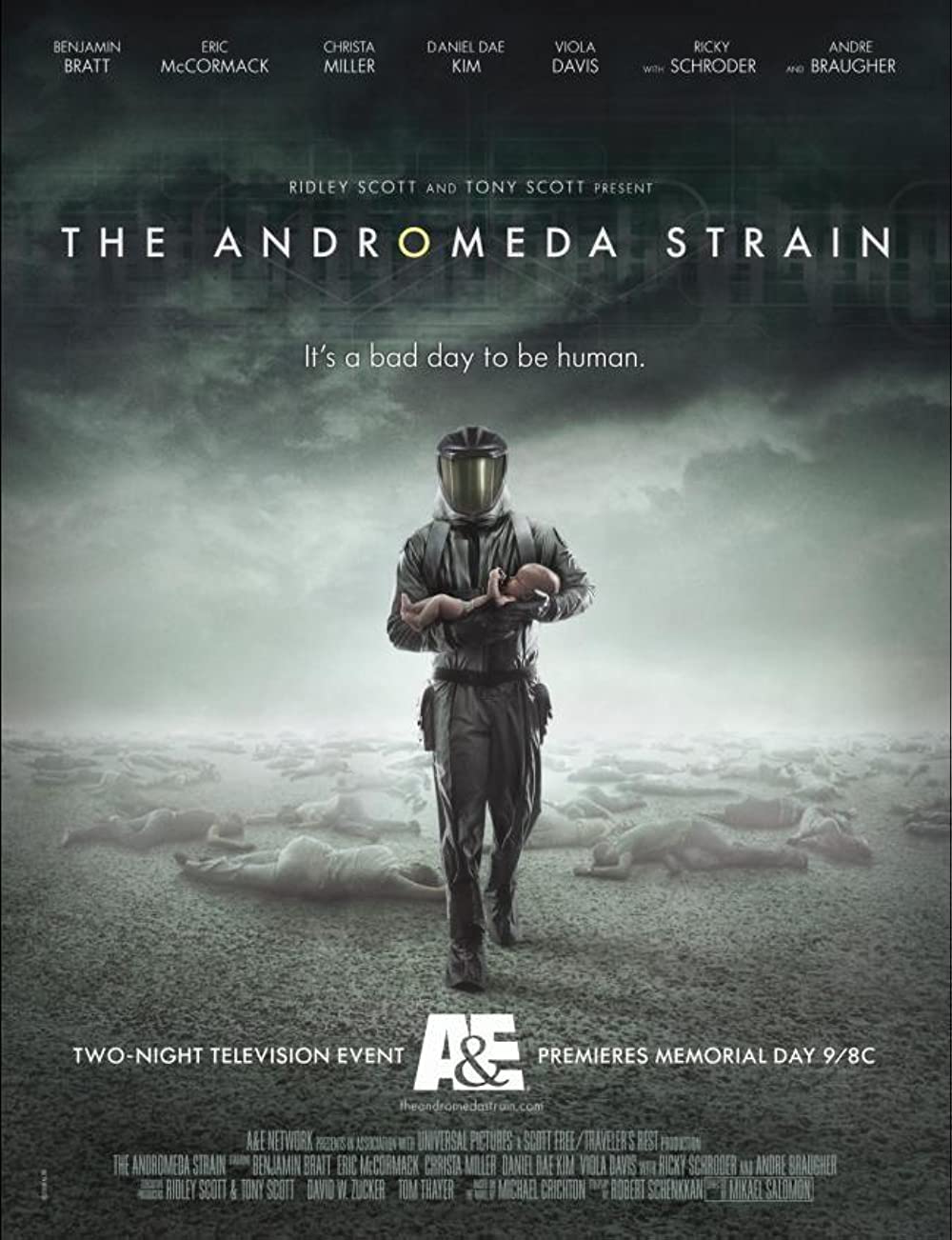 The Andromeda Strain: With Benjamin Bratt, Christa Miller, Ricky Schroder, Louis Ferreira. A crack team of top scientists work feverishly in a secret, state-of-the-art laboratory to discover what has killed the citizens of a small town and learn how...

@tapdark I watched The Towering Inferno and that´s not it

and neither the Resident Evil

@casspir I tried the Andromeda strain, but no. That´s not the movie 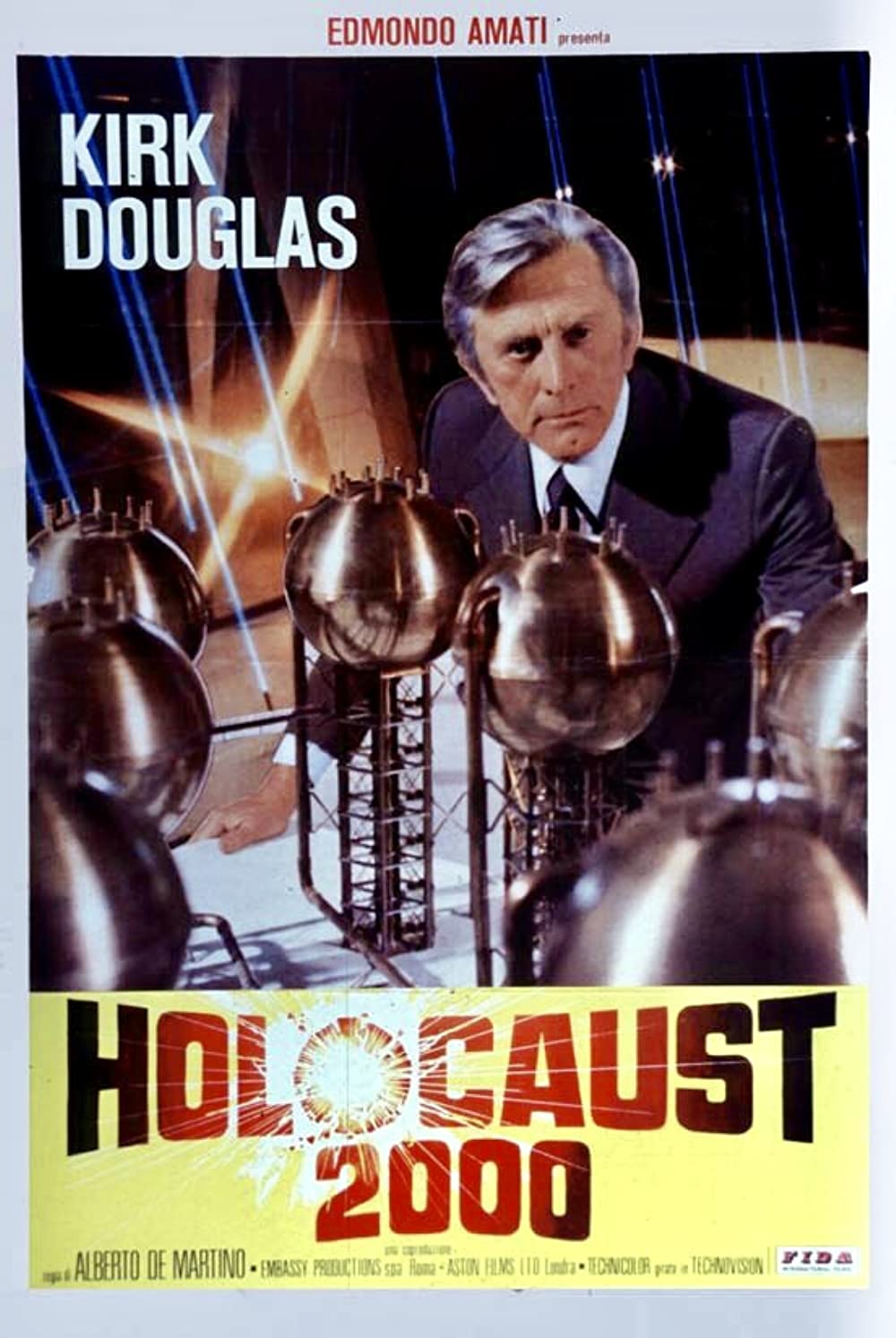 The Chosen: Directed by Alberto De Martino. With Kirk Douglas, Simon Ward, Agostina Belli, Anthony Quayle. Robert's in charge of constructing a nuclear power plant in the Middle East. Will it be instrumental in prophecies of antichrist's apocalypse?

@chisco still not the one i´m looking for. By the looks of it, it was a little bit newer than this movie 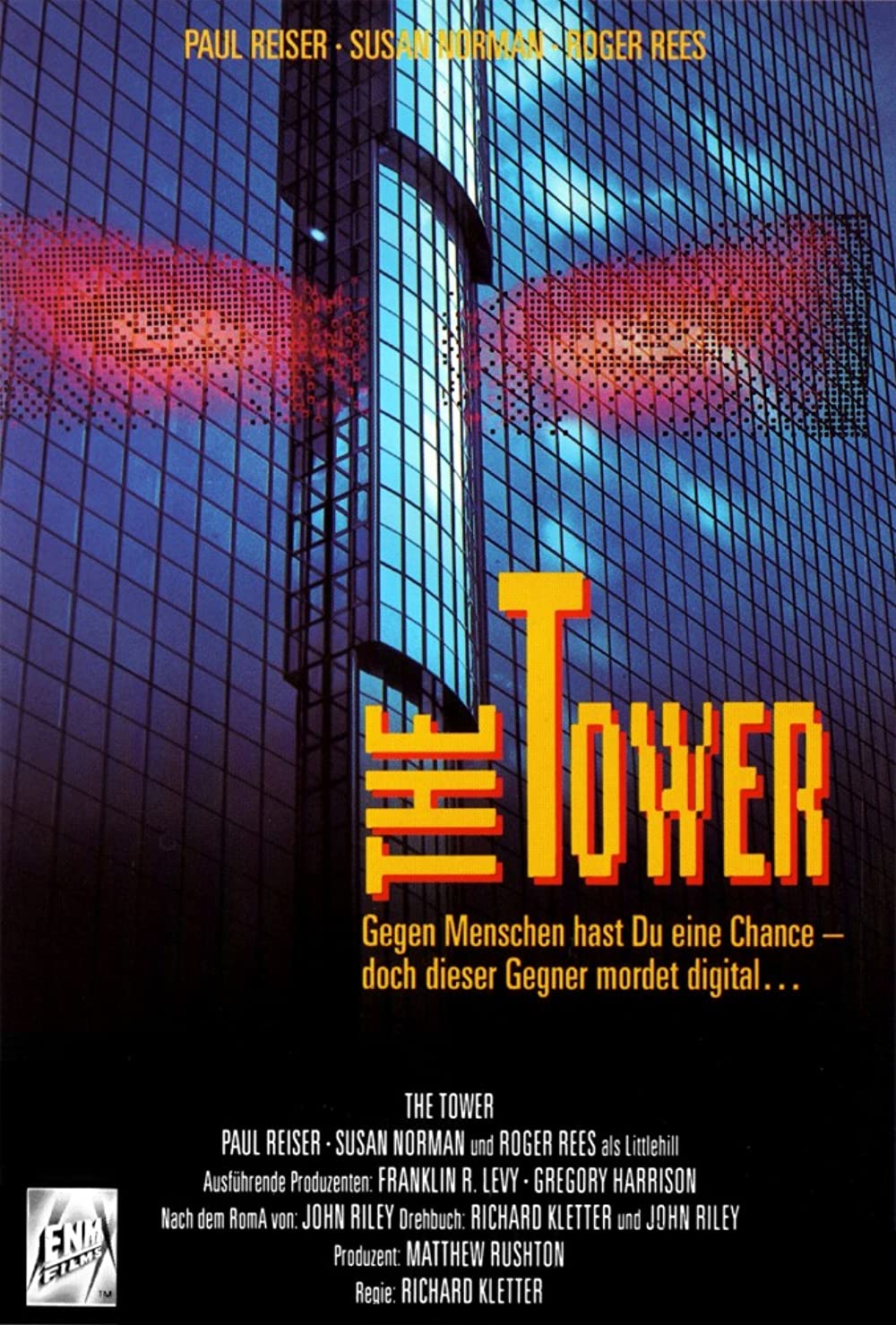 The Tower: Directed by Richard Kletter. With Paul Reiser, Susan Norman, Richard Gant, Annabelle Gurwitch. A man working at an ultramodern corporate building finds himself and a colleague trapped inside with a homicidal security system hell-bent on...

There is another TV movie with the title “The Tower”, this one is from 1985, and the premise is similar: 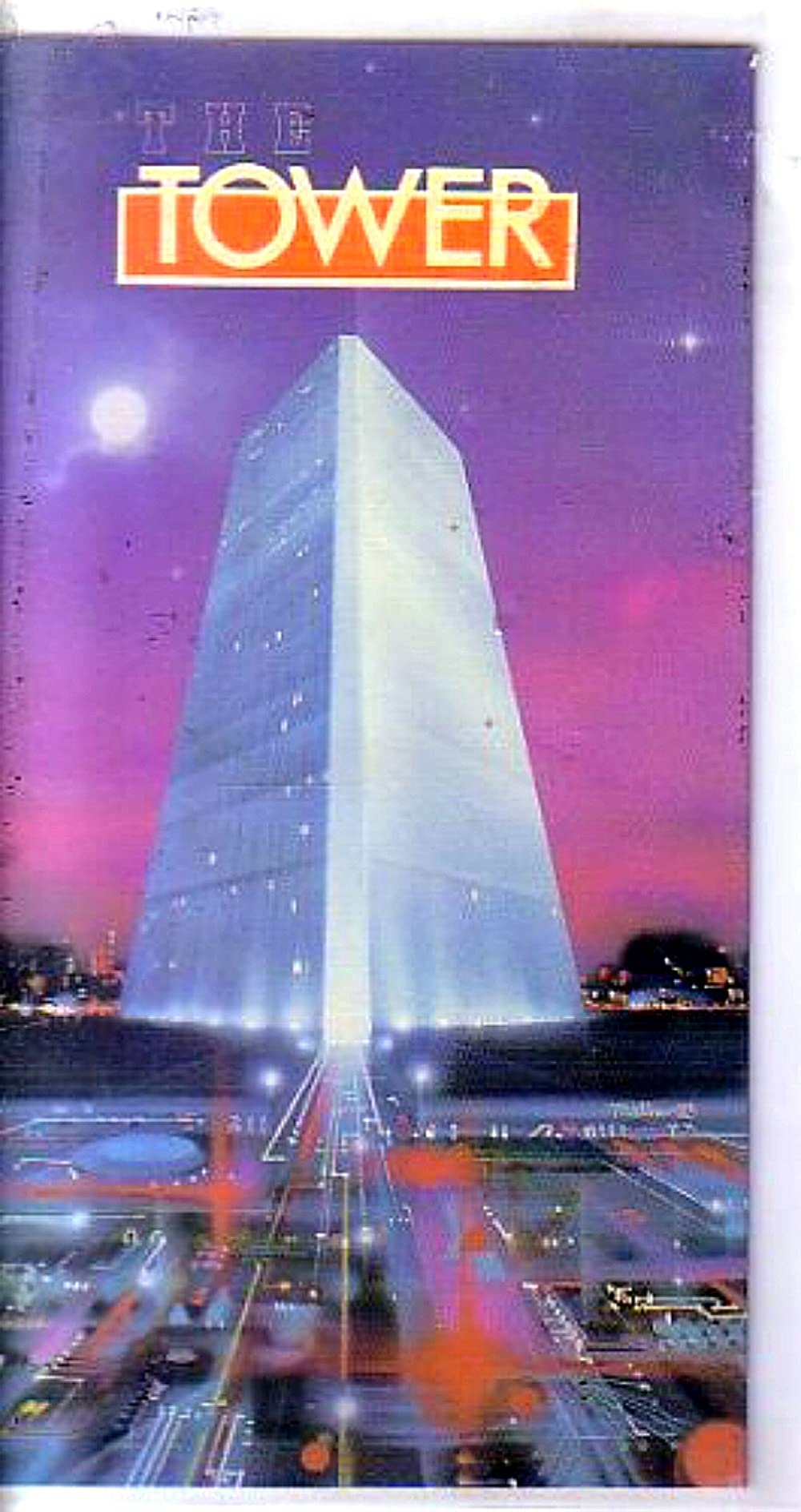 @casspir @Kickbobby neither of these movies is the right one

Could the first one be “Daylight”? 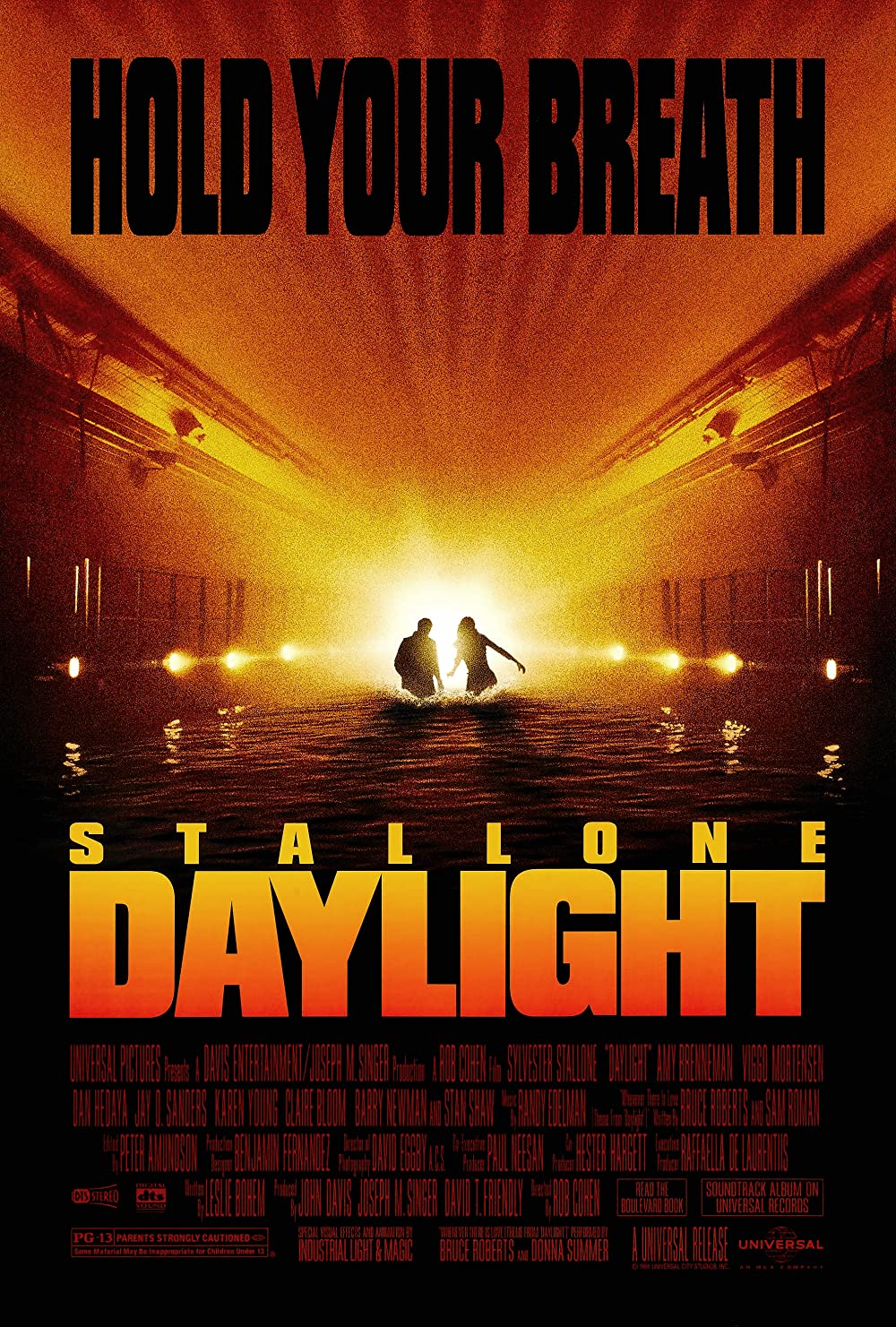 Daylight: Directed by Rob Cohen. With Sylvester Stallone, Amy Brenneman, Viggo Mortensen, Dan Hedaya. Disaster in a New York tunnel as explosions collapse both ends of it. One hero tries to help the people inside find their way to safety.

@JoeKing12001 Story in my movie was from building/skyscraper, so that´s not it

I know you said a building, but wanted to try a guess on something similar. Poseidon (2006) has the characters climbing different levels of a cruise ship that looks like the inside of a building, and it’s flooded AND on fire.

@Kramerjp Thanks for the tip. It looks like a really good movie, but that´s not it either. It was most definitely a building, because I remembered, that there was a scene, where the characters were on a rooftop and they were trying to get from the roof back to the building in a schaft (probably to save someone) and I saw a city in the backround.